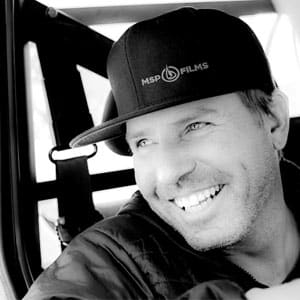 Matchstick Productions (MSP) is the brainchild of Steve Winter, who in 1991 invited his friend Murray Wais to join him in launching a film company. Today, MSP is not only the world’s most awarded ski film brand but extends its services outside the ski scene as a fully equipped production boutique. The Washington State native while in line to pay his tuition at the Seattle Art Institute Film School, instead walked out and spent the tuition to finance his first film project. He’s been making films ever since. 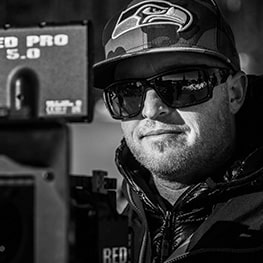 Murray was born in Seattle and developed an undying passion for skiing in the deep corners of the Cascades. As a partner in MSP for over 20 years Murray has traveled and shot skiing nearly everywhere there are mountains. It’s true that falling snow haunts his waking thoughts. A Colorado transplant and proud father, Murray’s entrepreneurial spirit thrives in running not only a successful production company but a global distribution company as well. Despite the hype and the corporate speak, his true love of life is the natural world and the joy that having fun outdoors brings. Murray considers it a great honor and a life long accomplishment to work side by side with some of the most talented crews in the world. 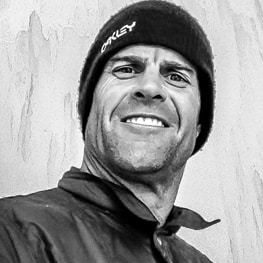 After graduating from Ithaca College, Scott headed west – first to Colorado where he would meet and start filming longtime friend Shane McConkey (pictured here) then ultimately to Squaw Valley, California. Scott has been a partner with MSP since 1996. When we asked him to write a bio for the website he simply sent “Scott Gaffney is one bad ass mother fucker,” and we would have to agree. Scott knows more about ski movies than perhaps anyone else in the world. His ultimate passion for the sport of skiing, combined with his camera skills and editing capabilities, has led Scott to become a renowned legend in the ski film world. Together with MSP, Scott has helped to produce, shoot, and edit over 100 TV episodes and nearly 20 feature-length movies. 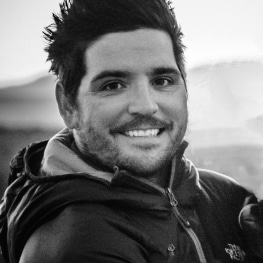 Eben is a designer, artist, husband and father. He is the creative marketing and design guy here at Matchstick. Wearing a lot of hats is nothing new for Eben. Working as a photographer, graphic artist and art director in action sports for the last 20 years has been the perfect setup to be a part of the MSP team.
He has previously worked with many clients to expand their brands and create unique visual styles. That means that along with his creative direction and team management he is responsible for making everything look good.
When he has time to get away from the office, you can find him skiing, biking, camping and spending time with his family. He is originally from New Hampshire and moved to Colorado seeking the opportunities that come along with the Rocky Mountains. 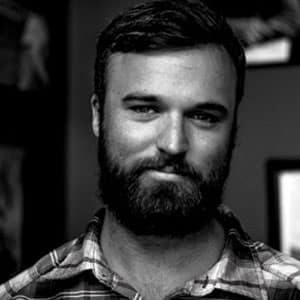 Ben hails from the coast of Maine where he spent much of his time on the ocean and in the woods. Skiing the mountains of Maine and New Hampshire through high school and college provided an icey base for Ben to develop his love for skiing, but like many New Englanders, it left him craving more. Following in the footsteps of his brother who taught him to ski, Ben sought the last great American dream, the life of a ski bum. After finally settling down in Crested Butte, Ben snuck in through MSP’s back door and never left. Ben stays busy working and producing film shoots, producing the film tour and developing business relationships. Ben’s love of the outdoors keeps him in Crested Butte and forever stoked to be a part of Matchstick.

Mikey Curran was raised in the suburbs of Chicago. At the age of 12 he learned to ski on the trash dumps and hills that were available. Migrating west for college, Mikey attended Western State University. Western’s close proximity to Crested Butte helped fuel his passion for skiing and filming. Skipping class to ski and film with his friends inevitably slowed the traditional education process for him. However, in 2013 Mikey graduated with a degree in business and resort management. his addiction for skiing and filming has kept him in Crested Butte. 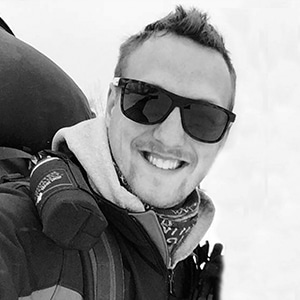 Beau grew up in Lutsen, Minnesota, on the shore of Lake Superior where his love for the outdoors came naturally. After college, Beau worked as a wildlife cinematographer and traveled the country filming the night sky. Living out of the back of a car for a few years, Beau was finally able to plant a seed in Crested Butte Colorado and accomplish his childhood goal of working for Matchstick Productions. 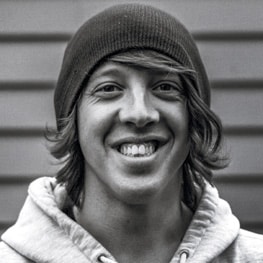 Jason grew up in the small town of Hurley, NY surrounded by cornfields and the mighty Catskill mountains. He spent his early days skipping school to go skiing at Hunter Mountain and dreaming of one day traveling the world filming professional skiers. After acquiring a degree in Communications & Visual Effects, he made the move to Silverton, CO where he worked at Silverton Mountain Ski Area as a videographer, ski patroller, and guide. When MSP rolled through town in 2011 looking for some help, he was more then willing hop in and help out. He enjoys stunts, jokes, jumping out of airplanes, and a nice pair of slacks.

“One of my biggest inspirations growing up was watching Matchstick films, especially Shane McConkey’s segments. Being part of the ‘McConkey’ movie was a huge honor for me and even though I never had the chance to meet Shane, being part of the movie was the next best thing because I felt as if I got to know him through his family, friends, and all the awesome footage he collected over the years. Thanks MSP and Shane for the inspiration!”

MATCHSTICKPRO.COM IS ONLY PART OF THE MATCHSTICK WORLD

Please visit mspfilms.com for detailed information on the studio, our full portfolio of commercial work, services and capabilities.